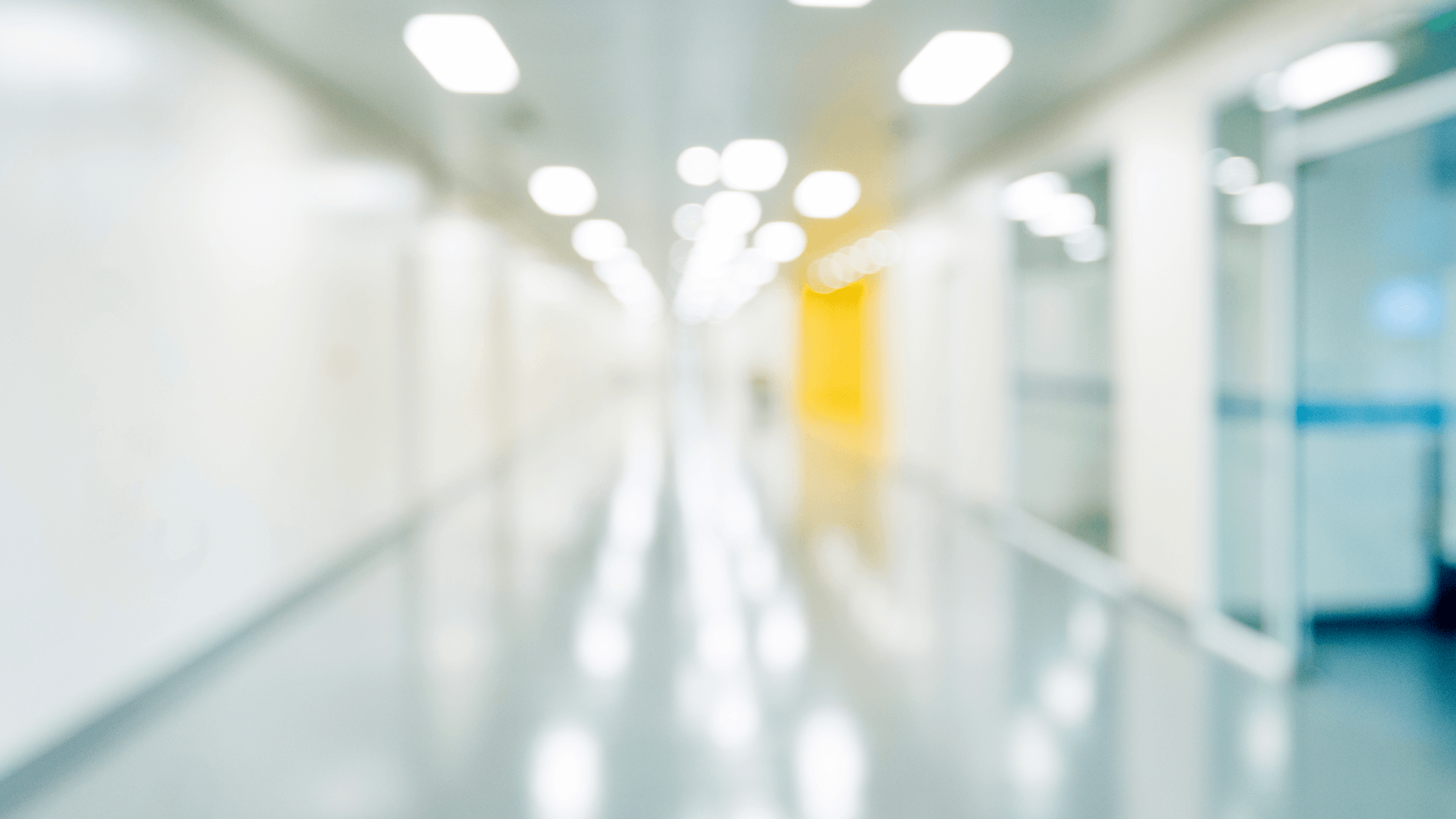 Patient engagement insights for those who want to be in the know.

Can Your Robot Do This? - Pick Tasks that Can be Solved Today

Artificial Intelligence will not replace companies. But companies that use AI will replace ones who don’t. That observation came out in a speech I heard in September from a brilliant young doctor, friend, and colleague, Dr. Bertalan Meskó. Based in Budapest and lecturing at Semmelweis University, he calls himself The Medical Futurist. He is indeed: more than any physician I’ve met, he has a firm grip on the potential and the limitations of new technology.

The quote is from his sharp new e-book Artificial Intelligence in Healthcare. The art of doing anything useful with it is to understand the types of A.I. and each type’s limitations, and then pick tasks that neatly match today’s needs with today’s abilities. So let’s dive in.

Feelings? Well, way back in the era of the first PCs, sometimes the behavior of A.I. machines was so bad (and cryptic) that a woman I knew said “I dunno, I musta hurt the dumb thing’s feelings.” I told her not to say that within its earshot.

Today (seriously), I’m not sure what we’ll get into when machines do start to have personalities. Will our grandchildren be able to order a robot with whatever personality they want or will they just have to deal with what comes out of the box … same as with our relatives today??

Machine Learning: Where You Teach it to Learn Things Itself

Back in that early era, another friend, amid growing pains, asked, “If these things are so smart, why can’t they figure this out themselves?” There truly are advanced systems that can start from nothing - not even being told the rules of a game! - and still figure out how to win it, just by watching the score as they play millions of test games.

This is a field where the potential is enormous, but there’s equally enormous hype from investors looking to earn a quick billion. But the achievements … in 2018 the latest chess-playing computer system, AlphaZero, beat the then-champion computer “Stockfish” in a 100-game match. AlphaZero won 28 games, and the other 72 were draws. AlphaZero didn’t lose a single game … and you know how long it took to teach itself chess? Four hours.

The beautiful thing (in a sense) about machine learning is that it can find solutions and patterns that no human could possibly teach it, because it simply watches what happens when it tries things, and it can try things really fast, over and over and over. (One game-learning AI discovered a bug in an old Atari arcade game, so it could sneak the ball behind the brick wall and wreak havoc. It didn’t even know it was a bug - it just figured out what worked!)

I can’t overstress the importance of freeing them from the constraints of human teachers. Many of us had hearts full of joy when IBM took Watson into oncology. But, inexplicably, they let human doctors tell it how to think, and then everyone was shocked when Watson did no better than humans at understanding cancer.

So here’s the bottom line: if all you do is automate human thought, you’re going to get tons of human thoughts, really fast. It will never get smarter.

Whatever It Is, It’s Gotta be Useful and Usable

Despite all the genius stuff, we still get tripped by mistakes and growing pains. Everything new comes with a learning curve: when it’s new, it screws up.

Case in point: In the early Internet days, it was so cool to have the “robot in the box” that could figure out driving directions for you. But here’s a true story: at this spot in Windham NH, Yahoo Maps told me to exit from the highway.

Only problem is, there ain’t no exit there. If I’d blindly obeyed the robot, figuring “They must know what they’re doing,” it would have been both really difficult and really painful as I drove off the overpass.

But I have eyes and highways have guardrails, so nothing went wrong. But if A.I. systems give you dumb advice, will you be able to see it clearly, or will “blind obedience” lead you to harm? What if you think “These systems are smarter than humans” and do it anyway? What if a boss who’s dumb or overly trusting orders an employee to do whatever the system says? Will there be guardrails to keep you safe?

On the other hand, it can be funny: as new tools emerge, strange new mistakes can arise. Here’s one of my most “liked” tweets of all time - another true story, from this summer: 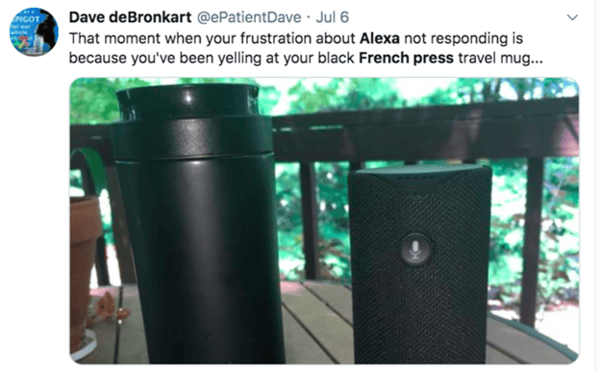 Moral: Use the Tools, Benefit From Them, but Figure Out Their Limits, Too.

Mesko ends his book on A.I. with a quote that parallels the one about companies:

Artificial Intelligence will not replace physicians.
Yet, medical professionals who use A.I. will replace those who don’t.

For those of us who want to be in the leading wave - as buyers of the tools or as users - the trick is to see what’s newly possible, explore it wisely but cautiously, and give it a try. Along the way you’ll surely have some laughs at the growing pains - but for heaven’s sake, keep your eyes open, and don’t “exit” where there’s no ramp. Yet.

This article was reprinted from the Solutionreach blog and originally appeared here. 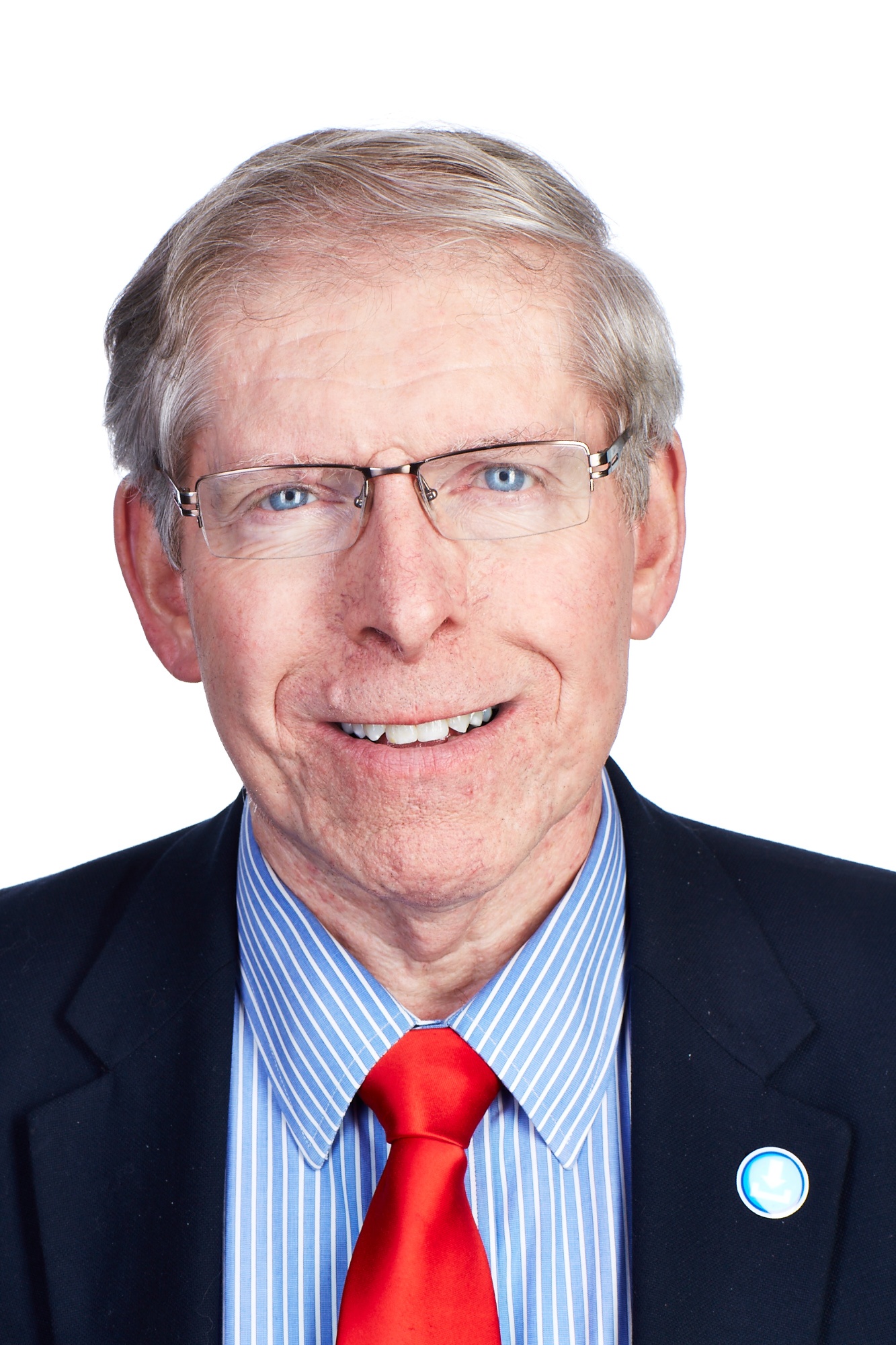 Dave deBronkart, known online a "e-Patient Dave," is a high tech marketing veteran who in 2007 survived a near fatal kidney cancer by being actively engaged in his care. He's gone on to become an international keynote speaker on health related topics, widely respected by the health system: he's a co-founder of the Society for Participatory Medicine, the National Library of Medicine is capturing his blog in its History of Medicine, his TED Talk has over a half million views, and he was the Mayo Clinic's 2015 Visiting Professor in internal medicine.

Telehealth Usage Drops But Still Fills Vital Role for Many